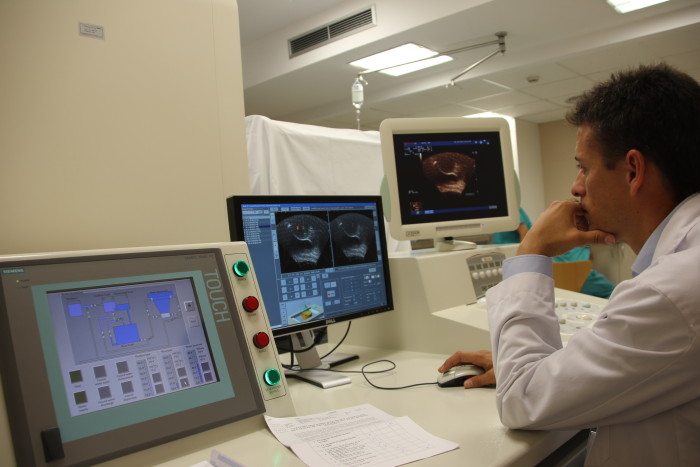 HIFU, revolutionary treatment against the myomas

Although many women do not know what sound the myomas, it is a reality much tied to the feminine health. In fact, it is anticipated that between 20 % and 40 % of the European women in fertile age has myomas.

But: what sound the myomas and how do they affect day by day of the woman? The myomas are not carcinogenic benign tumors that take place in the muscular textile of the womb of the women in fertile age. Although we still do not know the motive by which they appear, we know that they have a genetic origin and are related to the production of estrogen and progesterone.

As for its affectation in the life of the woman, there are those who never go so far as to suffer inconveniences, but many other women present symptoms that interfere of important form in its daily life; as abdominal or lumbar pains, abundant rule and anemia, pain on having maintained sexual intercourse, distension of the belly, urinal problems and,even, unfertility.

As for its detection, the majority of myomas is diagnosed by means of gynecological routine control panel or when they present problems to conceive. There are great the women who discover that they have problems of fertility due to the myomas. The location of the tumors can make difficult or disable that some women remain pregnant women. Nevertheless, it is possible to eliminate the myomas and with it the quantity of annoying that they provoke. Until now, to finish with the myomas different treatments were carried out and the majority they were enduring courts and surgeries to withdraw the tumor in itself or, in extreme cases, to extract the counterfoil. It was a question of methods that were bearing the hospitalization of the patient and a long recovery process.

Nevertheless, in view of the scientific advances, at present there exists the technology HIFU, the existing most novel and less invasive system, and that can be realized in Myoma Institute, the only Spanish center that carries out all the treatments for the elimination of myomas from an integral and finished vision of every case.

The technology HIFU works with ultrasound waves, which are directed to the textile of the tumor, provoking an increase of the temperature in the cells of the myoma and destroying them. To control the waves, the monitoring is used in real-time by ultrasound scan, allowing to verify in every moment the produced changes.

The treatment with ultrasounds doesn’t leave scars and allows a rapid recovery of the daily life, as well as the possibility of remaining in the state a few months after the treatment. This skill is indicated especially in women who want to have children and avoid possible complications in a future pregnancy or for those who are diagnosed of uterine myomas associated with symptoms. In spite of the big variety of treatments and the different characteristics of each of them, at the time of treating the myomas it is important to study every case and to evaluate the state of the woman and its personal situation to determine what is the best way of solving its problem.