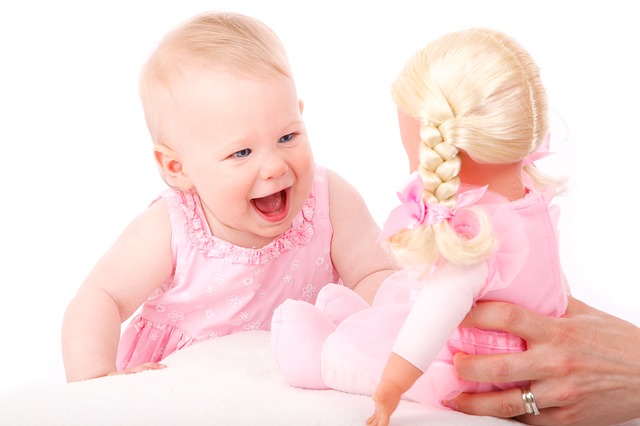 My son twists the eyes: childhood strabismus or epicanthus?

Childhood strabismus is a common concern, sometimes we don’t know how to identify whether or not there is a diversion, and it is here when he was born the question, does my son twists the eyes?

This is a question that is often repeated in the consultations of strabismus concerning newborns, and that deserves a detailed analysis. Well, the first thing that we must take into consideration is that newborn babies, up to the first 2 or 3 months of life can present some alterations in the eye movements by not be perfectly coordinated given the short age. This does not mean those cases of deviation maintained that are readily apparent, but we refer to this impression that sometimes we have to in those first weeks does not exist a synchronised movement of both eyes. As we say this may be due to immaturity that initial, but not to be prolonged beyond the first 2 or 3 months of life, because later is already not going to be the cause.

Another important factor that makes that we have a false impression of crossed eyes in young children and that extends beyond the first few months of life is what we call epicanthus, consistent in that since the bridge of the nose is very wide and have a very small nose, in some cases, depending on where look, you can give a false impression of diversion from within the eyes.

This is a false appearance, because actually the eyes move to the right place, what happens is that when we look to the sides, the eye that looks to the opposite side (that is, the right eye when we look to the left or the left when looking at the right), hides more because they cover the nasal edge of the eyelids, which produces such a false appearance of diversion. This situation decreases in its appreciation over the months, since the nose is growing and the eyelids are taking a more definitive aspect, leaving more amount of eyeball.

But not all children have a false strabismus and ocular diseases exist that are manifested from the birth and that are a true strabismus, the most frequent convergent strabismus, inward that can and should be treated as soon as possible, since sometimes they can have alternatives as the injection of botulinum toxin that can avoid more complex surgeries, necessary when delay its diagnosis.

But there may also be deviations from the eyes in a vertical direction or even turns the eyes to be. Another type of deviations eye Another possible situation is one where the eyes are apparently straight facing the front and is only in certain positions of gaze where occurs that deviation. This also are strabismus, because the eyes must move in a synchronized manner in all positions, there were no positions in which can be diverted and others do not.

The strabismus are more difficult to diagnose, comprising a group of syndromes that require the special valuation of a estrabologo and therefore are the most frequent cases in our consultations of estrabologia, because many times by ignorance is delay the diagnosis.

As we said the most frequent within a true strabismus are toward the inside, which can manifest itself even of congenital form or later in the early years of life, but there are also strabismus toward outside, differing in that the majority of occasions are manifested intermittently, not constant, so it can go unnoticed in its early stages. This diversion initially tends to manifest itself when the child looks at from a distance, and on the other hand disappears when focusing on a near object, or it may manifest itself by the closure of one of the eyes when looking from a distance, when you give the sun, etc…. Must also be evaluated by a specialist.

And finally don’t forget those situations in which the eyes are constantly moving with a suspended or circular rhythm and with what we might call a lack of stability; it is what is considered a nystagmus and that involves involuntary movements of the eyes. They are very complex situations and that sometimes involve brain damage, which must be discarded, but that often also associated with a significant loss of vision, therefore, they should be valued and treated in its case as soon as possible.

In many cases these movements is inhibited when the child looks at a particular position in the space, which determines which take a rotating position of the head or torticollis for in this way keep steadily the eyes on that site, decreasing its movement and therefore to get a better view.He reiterated that these are cases that can have serious repercussions and must be valued as soon as possible.

Sometimes these inclinations of the head that the children do to be able to see better, stem from ocular problems related to the deviation of the eyes, where the child what it does is to take the eyes with the draft of the head to the position where it obtains a good vision.Sometimes the crick in the neck it stems not from problems of the neck, but from ocular problems that until they are not solved were not eliminating this inclination of the head.

In short, before the impression of which our babies twist the eyes, we can be before:

1 – Lacking in coordination in the movements (the first 2-3 months of life);

3 – Congenital strabismus with components not only horizontal, but vertical or torsional;

4 – Infantile strabismus in the first months / year of life, not necessary from the birth;

The treatment of all these situations and its definitive diagnosis happens for the consultation of an ophthalmologist subspecializing in strabismus and pediatric ophthalmology, who will say to us which it is our case and the best alternatives of treatment. The most important thing to never postput a correct diagnosis, since we can come late to the best treatment.