FACO Elche 2018 has been a resounding success of participants, has exceeded the 1,230 enrolled in this edition. The organization of the congress predicts a radical change in health due to the introduction of technologies related to digitization, Big Data, telemedicine and Smart-Med.

FacoElche 2018 ,under the title “Twenty years is nothing” has as a novelty, the FacoMed course aimed at training primary care physicians
Dr. Fernando Soler directs the twentieth edition of this renowned annual appointment of Ophthalmology around the most important private congress in the country, which marks the latest trends and innovations applied to fac-refractive surgery. 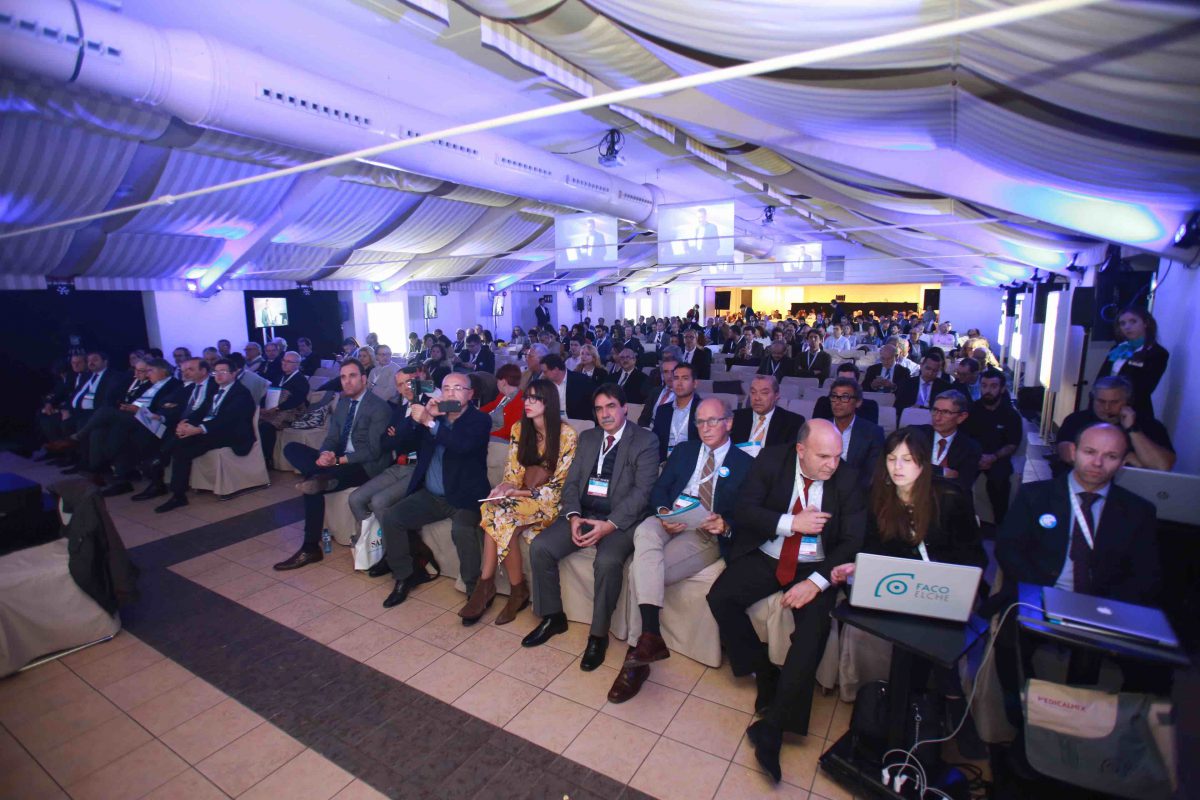 The XX edition of the Faco Elche congress begins to walk one more year in the facilities of the Huerto del Cura in Elche. As is customary, since it started in 1999, the facilities of the hotel in Elche are dressed up to welcome a new edition of the most outstanding ophthalmology congress in the province of Alicante.
In addition to the lectures and talks focused on the ophthalmological sector, conferences and debates related to the influence of new technologies within the concept of health will have great relevance in this year’s edition. For the director of FacoElche 2018, Dr. Fernando L. Soler, “the implantation of technologies, such as digitalization, Big Data, telemedicine and Smart-Med, are significantly revolutionizing current healthcare”.
One more year, the city of Elche is once again the national epicenter of Ophthalmology, thanks to FacoElche 2018, which this year celebrates twenty editions that consolidate this scientific-medical meeting as the first national congress of the year in the specialty of ophthalmology and also the most influential of those held in the country.

FACOMED: NOVELTY OF FACOELCHE 2018
As a novelty, this year in FacoElche the FacoMed course is presented to primary care physicians. This activity will be held today, Wednesday, January 31, from 7:00 p.m. to 8:30 p.m. and will be coordinated by doctors Hipólito Caro and Carlos Luis de Gregorio. The aim of the same is to make available to attending physicians, issues and issues of modern ophthalmology that are addressed throughout the congress and that are of interest for their daily practice.

INTERNATIONAL ASSISTANTS
In this edition is expected to exceed the 1,007 attendees who attended the congress last year from all parts of the country and also from abroad as: United States, Argentina, Mexico, Colombia, Chile, Dominican Republic, Costa Rica or Portugal, among others.
Among them, the presence of speakers of international prestige such as Dr. Guadalupe Cervantes, head of the APEC cataract service of Mexico City, or Dr. Miguel Srur, one of the most important doctors in Spanish speech, will be the in charge of giving the closing conference of FacoElche 2018.

As is customary, on the sidelines of the congress on Friday, February 2, from 10:15 a.m. to 1:15 p.m., the FacoGestión course will be held: “Professional consensus and public management” under the direction of Dr. José Antonio Gegúndez and coordinated by the Dr. Vicente Polo and Ignacio Conde.
In the afternoon from 4 pm to 8 pm, the Facoptom course will be held for the fourth consecutive year. It will be dedicated to the optometric forum that has the direction of David Piñeiro and the coordination of Rafael Pérez-Cambrodí and Valentín Díaz. This course will focus on the “New Challenges and Borders in Clinical Optometry”.
For the second consecutive year, FacoElche presents on Thursday, February 1 from 10 to 13 hours FacoJunior, a course aimed at residents and young ophthalmologists who are still in full training.
“We have bet again on this course because we believe that with this activity we put in value the new professionals because they are our quarry,” as the director of FacoElche Dr. Fernando L. Soler affirms.
During these days, the Hotel Huerto del Cura will host lectures, round tables, and a total of fifteen surgeries live from the Vinalopó Hospital of medium-high complexity, which will be transmitted to the central hall of the congress, for those attending the event. 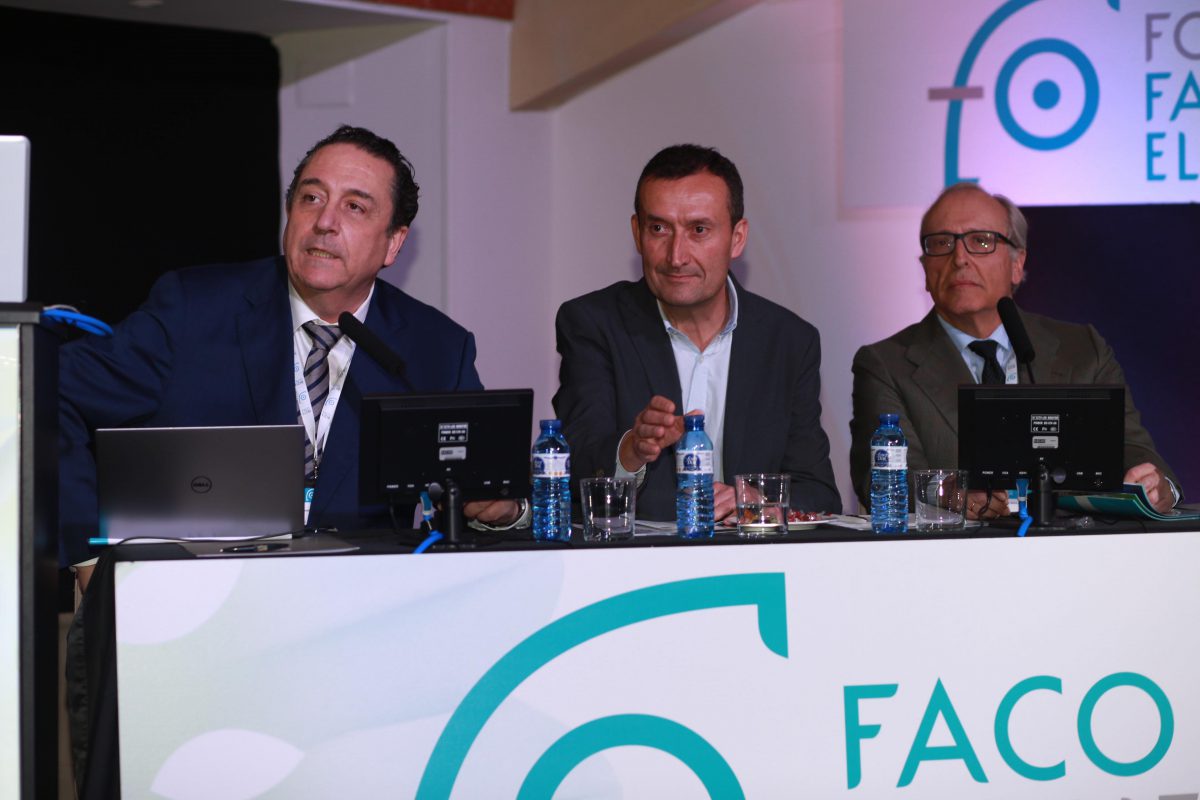 Dr. Fernando Soler,Medical congress director at the inaugural press conference, on the left side.

FACO ELCHE IN NUMBERS
Once again, the most relevant congress in Elche in economic and social terms will once again generate an economic impact on the city, which is estimated to be more than 2.2 million euros. Mainly in the sectors related to trade, catering, hospitality, public transport and creation of direct employment in companies in the tertiary sector.
In the words of the director of the medical contest, “FacoElche with 20 years of experience and respect for the international medical community has become the most influential scientific meeting of the National Ophthalmology,” said Dr. Fernando L. Soler.

In this edition the number of speakers amounts to 102 participants, while the collaborating firms reach the figure of 38 companies, most of them related to the medical and pharmaceutical industry (Laboratories).

FacoElche is a scientific meeting dedicated to facorrefractive surgery that is held every year in the city of Elche (Spain). Since its first edition, in 1999, its dates are always those of the first weekend of February and its headquarters since its inception is the Huerto del Cura Hotel in Elche.
This congress is devoted to surgery of the anterior segment of the eye in general, but has a special dedication to surgical procedures on the lens, both as cataract surgery and as intraocular refractive surgery.
More than 900 ophthalmologists and vision professionals from all over Spain and abroad come and develop in a program of communications and conferences, such as satellite and accreditation courses, as well as a live surgery session.
FacoElche is a very dynamic meeting with a marked practical and didactic character, which has consolidated it as the third most important ophthalmological meeting of those carried out regularly in Spain, after the two main official societies