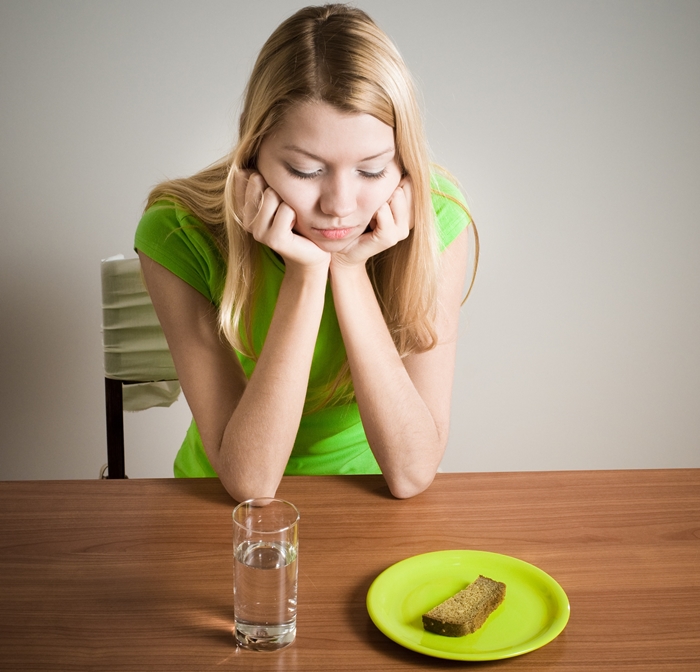 Food disorders: what is “normal”?

If we speak about the most vulnerable food disorders they are the teenagers. In occasions this problem goes unnoticed and in others, worrying conducts, they take as something normal, but what is the “normal thing”?

The persons who suffer a food disorder in some moment of his life felt that they were exceeding some kilos them, or that had gone down weight and it wanted to support this way. For some reason, they took the decision to control the food: they initiated a diet. Most of these persons was chasing a valid aim, to feel better; without knowing that to obtain it under control of the supply and the weight, there were using inappropriate and even potentially harmful methods.

Other persons, initiated the problem because they had a lot of appetite, got used to eating very much, or they were eating in excess because they were happening a difficult epoch in his life: sensation of failure in the work or in the studies, feelings of loneliness or boredom or affective relations that were not OK. Persons who were feeling a great anxiety and the food he was looking like to diminish it. They started eating this way in the shape of gluttonies and there appeared the fear of the increase of weight.

They started some or others worrying very much for the silhouette or the quantity of fat deposited in certain parts of the body and started incurring dangerous behaviors and that would take them to a food disorder, behaviors as: to skip show restraint, to eliminate groups of food (sweets, bread, pasta …), to count calories, to worry for the image, to eat furtively, to be weighed constant, to do very much exercise, to avoid to be exposed, interest for “light” and recipes … and without realizing turned the control of the food and the weight into the center of his worries.

At this moment already is appearing the food disorder because besides these conducts they support the dread of putting on weight, when does not support the reached weight and perpetúa the corporal dissatisfaction.

At this moment already the food disorder is appearing because besides these conducts they support the dread of putting on weight, when does not support the reached weight and perpetuates the corporal dissatisfaction. Then, the control is intensified and other anomalous conducts can appear: gluttonies, vomits, abuse of laxatives and diuretics, increase of the physical exercise.

If these patients don’t change sensitively of weight can that the family and the persons of his environment are late a time in realizing of what happens. First, because the company has normalized the pathological control of the supply, and the conducts and corporal slightly healthy forms. And second, because the person conceals his food disorder.

The fear, or the shame that they feel because someone discovers what they do or the unrestrained desire to continue “controlling” does that it turns out to them difficult to ask for help. But with the time the person is more sensitive, sadder and irritable, isolates more and is less flexible to the changes, conflicts appear with the environment and the familiar worries.And it is when there becomes present that is immersed in a food disorder, which has a psychological problem, is not an obsession or a mode. The person needs help to go out of it.

The food disorders have to of be solving by professional specialized help. And the consultation must do the professional to before the suspicion that the person could be beginning in him or before the first signs or signs. The early intervention is key for the correct recovery and the good forecast.

Psicoactúa, unit of Psychology and medicine of the Health of the Hospital Vithas Internacional Medimar, possesses the human equipment and the facilities adapted to approach these disorders. We offer ambulatory treatments, with or without therapeutic dining room, and treatments with hospitable revenue in the cases in which it is necessary.